There was a riot on the streets tell me where were you?

Sarah Needs Her Dansko's:
If you have never listened to anything I have said before, listen to this: NEVER buy shoes from www.ComfortShoesNY.com. We placed an order for some Danskos for Sarah two months ago, were charged for the shoes within a couple days and have yet to see the shoes. When we originally asked them for a status update, they responded saying that they would be shipped on or before April 28th. It is now June and all of our additional attempts at communication have been ignored. To put this in perspective, we also ordered a pair of Danskos for Sarah on www.Zappos.com on the same day. They were sitting on our front porch the next day when we got home from work.

So to recap: buy from Zappos, punch ComfortShoesNY in the face. 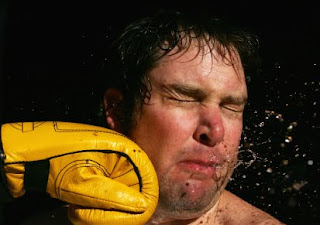 Twitter Update:
As of this evening, this is the story for @flickerbock:
I joined Twitter on September 1st of last year. Over the 9+ months following, I have learned an absolute boatload. First of all, following celebrities is mostly a complete waste of time. Usually their tweets involve (a) info on the project they are currently working on, (b) details on their favorite charity, (c) some obscure reference to some C-lister that no one knows, or (d) some combination of the those three. These tweets did not add any value to my life. At all. After some trial and error and some purging of my account, the people I follow can be divided into four groups: my friends and family, photography people, sports reporters/athletes, the four random celebs that have remained interesting (@ConanOBrien, @JimmyKimmel, @RainnWilson, and @TonyHawk). If you are not on Twitter and are thinking about joining, I would recommend it completely (especially if you are a baseball fan). Just make sure you come find me on there!

Jim Joyce is the Worst Person in the World
If you happen to be a baseball fan, then you probably heard about the plight of Armando Galarraga. He is a pitcher for the Tigers who happened to get 26 consecutive batters out. If you do the math, this put him just one away from a perfect game. The next batter hit a grounder between first and second. The first baseman snagged the ball, flipped it to Galarraga at first, and the team started celebrating. One problem, though - idiotic first base umpire Jim Joyce called the runner safe. Galarraga ended up getting out of the inning for the complete game shutout, but some moron umpire ruined that kid's chance at perfection. Now if you know me, you know how I feel about Bud Selig. For every thing that he gets right (Wild Cards), he messes up ten other things (steroids, contraction, All Star Games, etc). If he was a good commissioner, he would review the tape, talk to Joyce about the call, and reverse it. Game over. Perfection accomplished. Let's hope that this is one of the few things that Selig handles correctly. I have some serious doubts, though.

The Rockies Finally Figured Out That They Are The Rockies
Right now the Rockies are down 3-1 in the 6th inning. Even if they drop this game, they will still be three games above .500. They are finally having some things bounce their way. Their lineup is getting healthy and they are winning games that they should be losing. Hopefully they can get a bit of a run going. I would love to see them win the NL West and do some damage in the playoffs. And I really need them to win 86 games so that I can make some straight cash homey.