Buckets are for Sissies 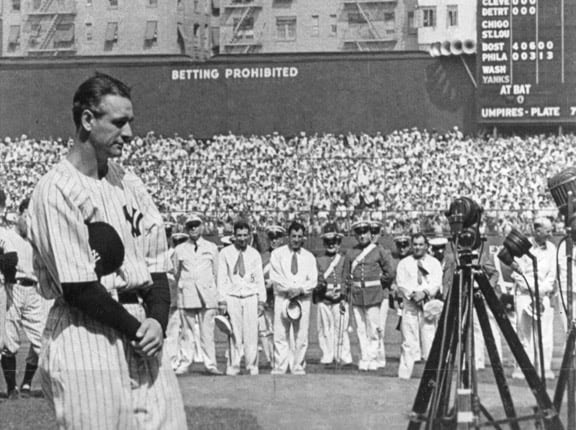 Amyotrophic Lateral Sclerosis, commonly referred to as Lou Gehrig's disease, is a progressive neurodegenerative disease that slowly breaks down the ability of the nerves to effectively communicate between the brain and the muscles. Lou Gehrig's disease attacks the nerves providing muscular and involuntary movements to the body. Motor and life-dependent functions like walking, talking, eating, and breathing all can be impacted by the disease. Eventually, paralysis takes over the body. Despite a single FDA-approved drug and a few clinical trials that can help slow the progression of the disease, a diagnosis of ALS is a death sentence - there is no cure.

Because of the horrendous nature of this disease, everyone must be thrilled that the #ALSIceBucketChallenge is generating so much support and awareness (and funding) for this cause. Instead, there has been some pockets of disgust. I have seen articles at Vice, Slate, and Time (among others) that question the true intent of this internet sensation. Their arguments against the campaign range from the lack of continuity in future fundraising to a redirection of philanthropic moneys from other charities to the egocentric mentality of the whole ordeal. To those detractors I say: who cares?

The end result is this: people get to have fun making jackasses of themselves by doing something stupid. Those idiots doing stupid stuff may or may not have a better understanding of what ALS is and how bad it can be. Clearly, a large chunk of those same idiot people made some sort of donation to ALSA. Donations related to the ice bucket challenge have totaled over $22.9 million, well above what ALSA typically receives in a similar time frame. That money is being spent by an organization that supports research on the disease and advocates for those stricken with it.

The viral chain finally reached yours truly through the Facebook account of my little brother. I had 24 hours to complete the challenge (and donate money because that's really what this is all about). After a fine time at the Rockies game drinking a beer and watching some truly horrendous relief pitching, I had some fun with the challenge. On my deck. At 11:00 at night. (Notice the extra care given to the Modesto Nuts hat. Priorities, you know?)


You are on the clock, John Robinson, Jason Cole, and Dan Scelza.
Posted by Mikey at Wednesday, August 20, 2014