Hippies - remember that I hate you 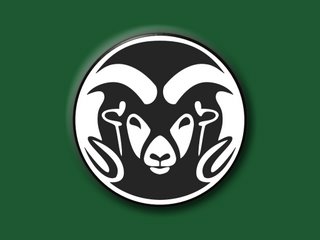 Tomorrow is one of my favorite days of the year. HIPPIE BASHING DAY!!!! (aka the Rocky Mountain Showdown) For those of you not schooled in Colorado football, tomorrow is the CSU-CU football game. This year, the contest is being brought back to INVESCO Field at Mile High in Denver (where the Broncos play). The last two years, those crybaby hippies from Boulder have refused to play at a neutral site. Apparently, their ovaries couldn't take the neutral beating that CSU had been unleashing on them, so they tried to get any advantage they could. Like home field advantage. Not this year, sister. We are going to be in Denver, in INVESCO, and insane at that game. I'm already resting my voice (hard to believe, I know) for tomorrow. I have to be ready to yell at my ultimate capacity from 11:00 AM until at least the end of the game. Should be an incredibly good day. Plus, CU just lost to Montana State, a Division I-AA team. Montana State had not defeated a Division I-A school for 30 years or something like that. Totally embarassing for them!! But I enjoyed it, for some reason!! We plan on being in the parking lots when they open. We plan on Flickergolfing like crazy. We plan on eating some burgers and hot dogs. We plan on drinking some beers. We plan on yelling at the hippies. And we plan on winning the game. Simple as that.