Time for an update. . . sorry to the 4 people that read this that have seen nothing new in the last half of a month!

Closing day is approaching fast. We close on Thursday, March 22nd. I think that after closing, Sarah and I are going to empty our storage unit. Then we will move me out of my apartment that weekend. I'm ready to get out of there and have my own place where I can do what I want to do. Plus there is a garage. I think I am mostly excited about the garage. Hopefully, the Xterra fits! I found a couple pictures online of the house: 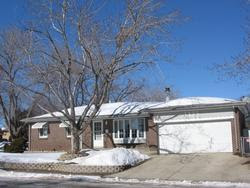 The kitchen (minus a fridge) 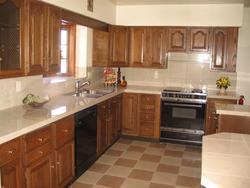 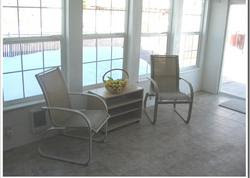 The guest house (as we call it) 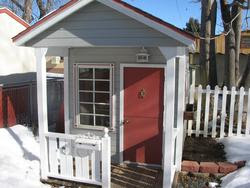 Now onto the X. I got my car back, it was running fine. The ignition cylinder was working great. The remaining CD's that were in the car were removed the second I got back to my apartment. For some reason, one of the buttons on my steering column that control the radio was not working completely. It is used to switch from my 6 "A" presets to my 6 "B" presets to my 6 AM presets to the CD player and then back around. However, it would cycle through the A and B and AM presets and then get stuck on the AM ones. I finally took a CD out to the car with me and tried to load it into the player. No dice. The CD player is busted. At first, my insurance wouldn't cover it. They said that there was no way to link the damage to the incident. I said, "It was working before the break-in. I have not had the car at all. It is now not working." They said (basically), "screw you!" With the help of my local agent, we finally got an estimate that stated that the damage to my radio was incident related. Now I am waiting for the claims estimator guy to come see the radio to get things rolling. But I won't have to pay for a new stereo, which is what insurance is supposed to do. The thing that I noticed is the importance of having a relationship with your insurance agent. My family has been with this guy since we moved out here in 1991. He knows us all. He insures everything my family owns. He knows that I wouldn't be trying to screw him out of money. I could have done that years ago if I really wanted to. So he and his staff basically bent over backwards to help me out. So, so awesome. If you don't know your agent or their people, I would suggest getting to know them before something bad happens. It makes everything a hell of a lot smoother.

The wedding plans are moving along too. We had a food tasting last weekend that went well. The food was delicious, so those worries are gone. There is still a lot to do, but one by one things are dropping off the list.

Work has been busy. I'm working on a project that includes I-70 at the US 6/US 24 intersection west of Vail. It is the Minturn exit and if you have driven that recently, you might know where this section of highway is. There are five severe curves on I-70 through the Eagle and Gore River canyons. We are currently writing up a Findings Report to get an idea of which direction CDOT should head to fix the safety, capacity, and maintenance issues of the corridor. It is different than the work that I normally do. Mostly, I do a lot of design work in CAD. So far, this has been mostly conceptual and more writing and researching. It is a nice break from the norm.

I have been up skiing 4 times this year. Three times to Breckenridge and once to Keystone. I went on Monday to Breckenridge with Mom, Dad, and Matthew. The snow was incredible but it was cold and windy and snowy all day. Still a blast. Remember, a bad day of skiing is still better than a good day working! And it was definitely not a bad day of skiing. I think my sister and I are going to head up the hills this weekend. Apparently the Vail resorts (Vail, Beaver Creek, Keystone, Breckenridge, A-Basin) got 2-3 feet of snow in the last week. Should be good.

Hope that calms your anxiousness to hear about how I am doing! I keep saying this and someday I will follow my own advice, but I will try to be more on top of updating this thing. I hate watching my buddy's sit idle for so long!

Until next time,
Mike

Thanks for the update Mike, maybe soon I will take your advice and be more on top of things. We'll see. The house looks great!