Rocktober? Let's hope it starts before the All Star Break this year.

Just because this blog is a creative outlet for my engineering mind does not mean that other less-creative subjects are off limits, especially when baseball is on the mind.

In just a few weeks, pitchers and catchers will report for the start of spring training. Spring training embodies what is great about sports. There is a unbridled sense of optimism, regardless of which team you stand behind. Even teams as pathetic as the Nationals and Orioles look upon the upcoming year with excitement and positivity. Hell, even Cubs fans think they can win it all. It is understandable why people are so excited and I, like everyone else, get caught up in the hoopla. Today I will preview the 2010 season for the Colorado Rockies. Before the season starts, I will give you my predictions for my original favorite team, the Minnesota Twins, and MLB in its entirety.

During the 2007 season, the Rockies gave us a taste of what we expect them to do on a yearly basis: get to the playoffs and be competitive. After showing Denver what the World Series felt like, expectations and excitement around Lower Downtown rose to unheard of (and probably unrealistic) levels. Naturally, the team soured the Rocktober atmosphere of their miracle season by following it up with a dismal, face-in-the-mud 2008 season. The crazed, exuberant fan of 2007 disappeared back to the Bronco bandwagon. The team remembered how to win in 2009 after a much needed coaching swap and put together a run for the ages. The Rockies were the best team in baseball after the All Star Break. After flaming out against the Phillies, Rocktober ended yet again. After the 2009 season (unlike after the 2007 season), Rockies fans tended to face the Rockies future with a much more realistic outlook.

I have paid close attention to all the moves, signings, and rumors involving the Rockies this offseason. For the most part, what they have done has made sense both financially and in setting up the roster. Through all hte changes, my analysis of this upcoming season has stayed conservative and extremely realistic. Yet despite my conservative approach, I fail to see how this team will not be the most competitive Rockies team of all time.

With the exception of Todd Helton, we are looking at an entire starting roster of players under 31 years old. The average age of Iannetta, Stewart, Tulo, Gonzales, and Fowler is 24.4. All have shown that they can play at the major league level and all have shown flashes of dominance. The bench is deep, talented, and experienced. It is so deep that Eric Young Jr, who has shown that he can play well at the highest level, will probably be sent down to AAA to hone his craft at multiple positions. He will be the first player to get the call when someone gets hurt. 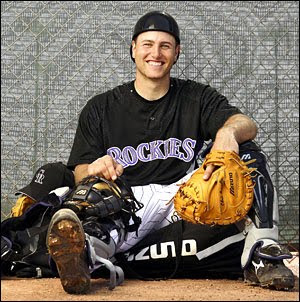 The addition of Oliva shows us two things, first that the Rockies have faith that Chris Iannetta will become an effective two-way catcher. We know his defense is there. His offense has not broken out like we have expected it to. Last year, this was due to the fact that he was playing in the World Baseball Classic before the season started. Granted, being able to play for the USA against the best the world has to offer was a great experience for him, but not being with his teammates and his hitting coaches through all of spring training took a toll on his swing. He is able to hit to all fields with power and is one of the most patient players at the plate. He will improve in 2010. Count on it.

Mora, Giambi, and Spilborghs provide a veteran presence. Mora can play multiple positions and is a legitimate right handed threat off the bench. Giambi handles a bat better than anyone in the clubhouse not named Todd and has a gigantic leadership presence in the locker room. His leadership was reason #1a why the Rockies brought him back for 2010. (For those keeping track, the golden thong was reason #1)

Just like the position players, the story of the pitching is depth, experience, and potential. Cook, Street, Betancourt, and Francis provide the requisite veteran leadership. De La Rosa, Hammel, Corpas, Daley, Morales, and Buchholz are all loaded with potential. Ubaldo's ceiling is so high, I don't think anyone has cast their eyes upon it yet. Pretty exciting looking staff, right? 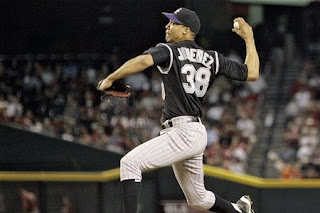 Luckily for the Rockies and for all Rockies fans, that is not even the best part of the pitching staff. It is hard to imagine anything more exciting than Ubaldo's 98 MPH fastball up and in on Manny Ramirez's face. The fact that the Rockies pitching staff is as deep and flexible as it has ever been. At some point during the season, someone is going to get hurt. Francis might not be fully recovered from his surgery. A relief pitcher could take a line drive off of his shin and break his leg (hey, it happened to Embree last year). When this happens, there are options. Tim Redding could be a stopgap, providing long starts and resting the bullpen. Greg Smith is a wildcard for the major league rotation. He has the stuff to make an impact, hopefully he stays healthy. The Rockies are also stacked at the AAA level. Christian Friedrich, Jhoulys Chacin, Greg Reynolds, Matt Belisle, and Esmil Rogers are all ready to slide into either the starting 5 or the bullpen if needed. 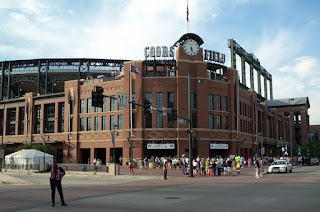 The Rockies have reached a critical point in their GeneRation R movement. We, as fans, no longer are happy to be dragged along during a mediocre season. We expect the Rockies to win and to win a lot. Let us all hope they can live up to our expectations.

Back to my earlier statement about the Rockies fielding their most competitive team ever - I truly believe that the Rockies of 2010 are a better overall team than they have been in the past. The Blake Street Bombers hit the cover off the ball, but they could not stop their opponents from doing the same. The 2007 World Series team rode both a fortunate wave of momentum and some timely surges in individual performances to ultimately crash in the WS. (The ridiculously long break between their last NLCS game and first WS game did not help either.) Last year's team needed to establish their identity post-Hurdle before they realized their full potential. This year is different. Their bats will be better, their pitching is deeper, their experience is greater, and their movement is upward. Rockies fans, prepare yourself for Colorado Rockies history. In 2010, the Rockies will clinch their first ever NL West crown. 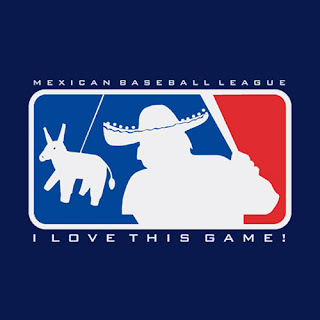 Same record as last year huh? I'm a bit more optimistic. I put them in the 94-97 win range and 1st place. Imagine if they hadn't started off slow last year...

What's your predicted order of finish?

Although Dodgers at 3 is maybe wishful thinking.

I can see an improvement in wins this season into that 94-97 range. The reason I stuck with the 92 number was sticking with my conservative approach. With the Giants' pitching staff, the improving D-bags, and the inevitable crash of the Dodgers, I think our divisional games might even things out. Regardless of the win total, the Rockies will win the NL West. I can't see it going any other way.