When Will It Stop, Colorado?

When the news came over the radio, my head dropped in disbelief. It happened again; Colorado felt the collective breath of the state escape from its lungs. Another high school; another emergency; another troubled student looking for solutions through violence. Again, a multitude of questions flooded our brains.

I wish I had the answers.

When you start listing off the places: Columbine, Virginia Tech, Fort Hood, Sandy Hook, Aurora, Washington Navy Yard, and now Arapahoe (plus the multitude that I am missing), it is evident that there is a problem. Troubled people are using violence to attempt to solve their internal issues. All of these instances only have one singular thing in common: innocent people were brutally and unjustly murdered because they were in the wrong place at the wrong time. Other than that, every scenario contains its own variables and conditions that make it impossible to determine a common denominator. Each gunman was troubled, but in different ways. Each shooter had their own motives and rational behind their actions. Each shooter came from a different background. The characteristics of each tragedy and their perpetrator splash across every corner of the spectrum. If there is so much diversity in the people doing these heinous acts, what can we attribute for this insanity?

Do we blame media? Violence (and gun violence specifically) in video games, movies, television, and music is a topic that is discussed as a source of the problem after each of these tragedies (most notably after the Columbine tragedy). The argument is that a submersion into these make-believe and violent worlds could numb a person towards actual violence in the real world. A person might start believing, after being immersed in these fantasy worlds, that violence does indeed provide an avenue to solve problems. While this is entirely a possibility, I have a hard time believing that violence in the media caused these people to make the decisions they did. Every friend of mine at some point has watched 'The Boondock Saints' or 'Die Hard,' anxiously awaiting the next episode of 'Breaking Bad' or 'The Sopranos,' listened to Eminem talk about Kim, and played every violent video game on the market from the cartoonish 'GoldenEye' to the fantastical 'Halo' series to the realistic 'Grand Theft Auto' or 'Call of Duty'. Yet they are not violent people. In fact, millions of people are exposed to these same forms of media. How is it that only a few people are unable to maintain an appropriate gap between the fantasy world full of violence and the world we actually live in? The media is not the source of the problem.

Do we blame the lack of gun control in this country? The argument is that restricting access to guns would end these types of crimes. Would tougher gun regulations have stopped Karl Pierson? In this particular case, Karl walked into Arapahoe High School with a shotgun and shells that were legally purchased in the days preceding the tragedy. Stricter gun laws would have had no effect on Karl's purchase as he had no prior history of illegal activity that would have raised a red flag. The only way to stop this purchase would be to ban guns completely. No one with an ounce of common sense would think that this is a viable solution. If you make guns illegal, people will still own guns. Period. Self-defense, hunting, and our historical protection from oppressive government will always be used to provide a legal means for owning arms. Lack of gun control is not the source of the problem.

Do we blame the decline of religion in our society? The argument is that more people are moving away from religion (20% of Americans list their religious affiliation as "none") and this movement is causing a degradation to the societal mores that once were held sacred. This argument clearly draws a line separating good and evil, with religion siding with good and everything else siding with evil. Doing the math, this equates to mean that non-religious people are not good; even evil. That statement is ludicrous. Human beings across the globe respect the lives and property of others with or without an organizational structure telling them that they have to do so. I would go so far as to argue that people inherently are good toward others, regardless of their belief structure. Humans are social animals who rely on human interaction for their emotional needs. It is in our nature to operate and function as a group in a society, religious or not. National decline of religion is not the source of the problem.

Blaming external causes for these inexplicable tragedies is a waste of time. The individuals committing these heinous acts are acting the way our society allows them to act: as individuals. This is where the problem gets scary. How do we as a society identify and fix the problems of individuals for the greater good of the group when the group numbers over 317,000,000 in just our country alone? A minuscule minority, for whatever reason, believe that violence solves problems. That violence is a negotiation tactic. That violence can replace open and honest conversation. That violence is THE SOLUTION. Who are these people making the conscious decision to let violence solve their problems? And how do we convince them that their solution is not right?

I wish I had the answers.

I will not even pretend to understand what the Davis family is experiencing this holiday season. Their 17-year-old girl was taken from them suddenly, unexpectedly, and brutally. I do know that I spent a few extra minutes with my little people after the news broke. I can only hope that tragic story of Claire Davis heightens our concern for our fellow man. Kindness, empathy, and humanity will most likely not eradicate evil from the world, but it won't hurt to give it a try. 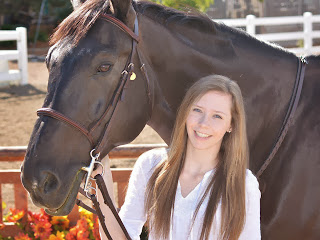