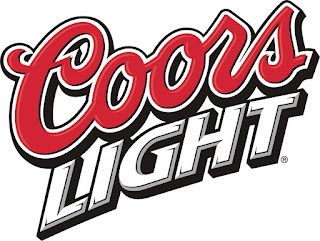 By now you have probably heard the Coors Light radio spots that go a little something like this:

Announcer: It may come as a surprise to you to hear that Coors Light is the new official sponsor of Green Giant Canned Corn. But the similarities are obvious.

The corn has a yellow color. Coors Light? Yellow!

I don't care if you are trying to sell Coors Light by linking it to the NFL, tailgating, baseball, whatever. The "eerie similarities" that you point out are stupid, pointless, and most importantly, not funny. Beer commercials need to be on the level of "Real Men of Genius" and need to have guys like John C. McGinley running an imaginary (but totally awesome if it were real) More Taste League.

Coors Light, this time I will let you off with a warning. I think you deserve a second chance after putting T.O. in a commercial doing what he does best. That's HIS quarterback! That's HIS teammate! The tears don't lie! But next time you fashion a series of commercials that lulls your consumers (of which I am one) into lethargic doldrums, expect to hear from me again.

But the label turns blue when its ready to drink AND now comes with the vent top can. That should atone for something.