Because baseball is the best sport around, I figured I would start doing daily updates as to the status of the two most important teams in the Majors - the Minnesota Twins and the Colorado Rockies. So far, this season is going exactly as I expected. The Rockies are showing everyone that last year's second half of the season was not a fluke. And the Twins' offensive "upgrades" (if you can call them that) are really not that much of an upgrade. So here is the status: 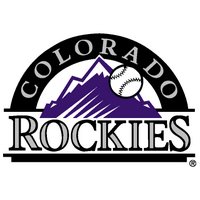 The Rockies won a 6-5 game against the Diamondbacks at Chase Field in Phoenix. Aaron Cook pitched fairly well, allowing 4 runs over 6 innings. The bullpen allowed 1 run over 3 innings, the lone run being a home run in the bottom of the ninth against Brian Fuentes. Brad Hawpe had an incredible game, falling a single shy of the cycle. Todd Helton also had his first home run of the year. 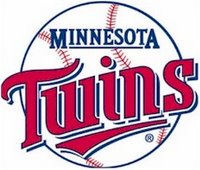 The Twins won their first home game of the year against the A's by the score of 7-6. The Twins exploded for 6 runs in the third inning. The last three runs of the inning came off of the three run home run by Tony Batista. Brad Radke earned his second win of the year. As anybody can figure out, with a 2-5 record and with Radke having two of the Twins' victories, no other Twins pitcher has earned a victory. Chalk that up to lack of run support. Welcome to Twins baseball.
Posted by Mikey at Wednesday, April 12, 2006

Thank you, Grant, for pointing out the obvious. The Twinkies will rebound, just wait and see. . .